Фрагмент из книги:
The Writing Hall was invented in 1865 by Rasmus Mailing-Hansen from Denmark. It was a machine for typing onto paper Malling-Hansen spent a long time working on the design. For example, he made sure all the keys were placed in the best positions for typing quickly. The machine even used electricity to make the movement faster. There was one problem, however: you could not see the paper as you were typing. Nevertheless, the Writing Ball was sold all over Europe and was very successful. However, each model was made by hand. Soon, other machines became more popular because they were made in factories and were cheaper. A new keyboard was developed with the keys arranged differently. This arrangement is now used on phones and computer keyboards all over the world, even though it was quicker to type using the Writing Ball. The once-popular Writing Ball was forgotten. 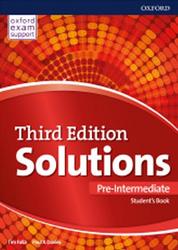 Mars One.
The Mars One project is planning to send people to Mars to live there permanently. The idea of living on other planets clearly appeals to a lot of people, because over 200,000 individuals want to take part in the mission. But how will the settlers adjust to the conditions on Mars? Here are some of the problems they will face.

The atmosphere consists of 95% carbon dioxide and almost no oxygen.
The settlers will have to cope with very low temperatures (similar to Antarctica) and very high levels of ultra-violet radiation.
Gravity is only 38% of that on Earth. We need to learn more about the effects that would have on their bodies.
Mars Rovers have already searched for water on Mars but have found none that is in liquid form.

The plan is to send another Rover to Mars in 2018. Its job will be to prepare for the arrival of the first four settlers in 2025. It will construct 'houses' for the inhabitants, with a supply of fresh air, water and solar power. After that, four more settlers will arrive every two years. How long will the settlers stay? Nobody knows. The volunteer settlers will get a 'one-way ticket'. It may be possible to bring them back to Earth at some point in the future, but there is no guarantee!