Фрагмент из книги:
Helen Keller was born in 1880 in Alabama, with the ability to both see and hear, like any normal child. She began to speak when she was six months old and to walk at the age of one. But six months later, she contracted a serious illness, possibly meningitis. After she had recovered, her mother noticed that Helen didn't react to sounds, or when she waved her hand in front of Helen's face. The illness had left her both deaf and blind. 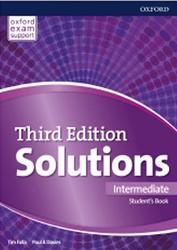 These include Eton College, which has educated nineteen British Prime Ministers over the past three centuries - as well as many other famous people from around the world, including Prince William and Prince Harry, actor Hugh Laurie and the former king of Nepal.

To many people, these public schools seem very odd and old-fashioned, with their strange uniforms and confusing traditions. For example, all of the public schools divide the academic year into three terms. At Eton College, these are called ‘halves', but at Charterhouse they’re called ‘quarters’ (and the shortest of the three is known as the ‘long quarter’).

Although private schools seem irrelevant to most British people, the influence they have on society is very real. That is because a very large number of people m important positions attended these schools, including 71% of senior judges and 62% of senior officers in the armed forces. Some people even argue that the UK parliament does not represent the country because 32% of MPs are privately educated.