Фрагмент из книги:
New friends, new experiences and the chance to learn a new language - that's what one young Dutch student from Rotterdam was hoping to find when he set off around Europe to study. He was keen to learn as much as he could. He started at the College de Montaigu at the University of Paris before moving on to the University of Cambridge, where his work was so impressive that his professors even suggested that he should stay and teach. The Dutch student, however, was determined to continue with his journey and left for the University of Turin in Italy. Obviously, he was a student from a wealthy family, you might think. Well, no, the student in question was a poor orphan called Erasmus, travelling between the years of 1495 and 1506. 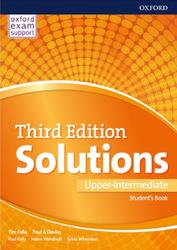 VOICE OF THE COMMUNITY.
A teacher spotted Rene Silva’s talent for writing when he was just eleven and encouraged him to set up a community newspaper. Rene accepted the challenge and took on publishing Voz da Comunidade (Voice of the Community) and he soon realised that the monthly newspaper could help his neighbourhood. However, Rene’s neighbourhood isn’t just any neighbourhood. Rene lives on the edge of Rio de Janeiro in a favela, a poor town that used to be controlled by armed drug gangs. Rene’s newspaper quickly became a vehicle for protest about the poor conditions in the favela and gave a voice to local residents who were campaigning to make the community a safer and better place to live.

But one Saturday morning, Voz da Comunidade was transformed from a small local newspaper into Brazil’s most popular source of information. The government had decided to force the drug dealers out of the favela and had sent soldiers onto the streets. Journalists from the mainstream media waited outside the favela for news, but Rene and his team of teenage reporters were in the middle of the action. Using their mobile phones to film and take photos, the Voz da Comunidade Twitter account suddenly had thousands more followers than usual and the quality of Rene's reporting soon attracted praise from the mainstream media. More importantly, it started a debate about how the government should help the inhabitants of Brazil’s hundreds of favelas. Rene and the Voz da Comunidade had taken a big step towards bringing positive change to the community.