The Vikings reigned supreme in Europe for over 300 years. Indeed, fear of the Vikings played a pivotal role in reshaping that continent, but by 1100 AD Viking power began to weaken. Back in their Scandinavian homeland, the Vikings’ descendants had divided into separate kingdoms led by rival kings, which ultimately became Norway, Sweden, and Denmark. Not only in Scandinavia, but throughout Europe, the people had begun to form themselves into powerful kingdoms, and the Norse raiders ran out of easy victims. In England, the victory in 1066 of William the Conqueror, a descendant of Norsemen from Normandy, marked the end of Viking terror. 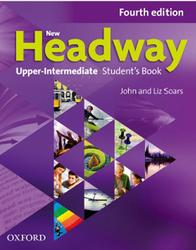 The Clinging Woman.
A man (whose name we never learn) wakes up early one morning to see a woman hanging from her balcony. He calls the police, who come to rescue her. His neighbours treat him as a hero. He thinks he did nothing that was brave and wants to forget the whole episode. Two weeks later the woman comes to his door to thank him. She introduces herself as Lydia Simpson.

They get to know each other and have meals together. One evening he asks her why she tried to kill herself. She replies that she had been engaged to be married, but the man had left her for someone else.

He is attracted to her because she is neat, feminine, and self-reliant. In time they get married. She is the perfect wife and homemaker. They have a close, intense relationship, with very few outside people coming into their lives.

The man is promoted at work. He needs to find a secretary. Lydia proposes herself. He tries to explain that it wouldn’t be a good idea for his wife to be his secretary as well, but she takes this as a rebuff of his love. The next day she tries to commit suicide again by gassing herself in the oven. She is rushed to the hospital, where she confesses to him that she had also tried to kill herself when she was 17 because a boy had let her down.