Фрагмент из книги:
Choose the best word for each space.
My sister Sarah is interested in photography. She loves to (1) go / visit / look the camera shop in the centre of town, and she looks online at cameras, too. She spends a lot of time every week looking at all the different cameras and (2) how / how many / how much they cost. 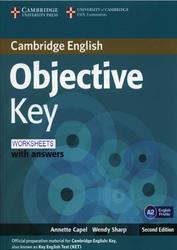 Objective Key Second edition is an updated and revised edition of Objective KET. It is official preparation for Cambridge English: Key, also known as Key English Test (KET).
Short units for tangible progress offer a variety of lively topics for younger students while providing thorough training in exam skills and solid language development.
The Workbook with answers provides ample opportunity for further practice of new language and skills either at home or in the classroom. 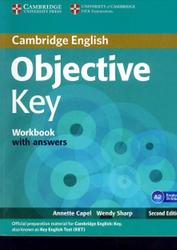 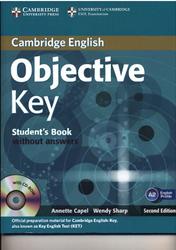 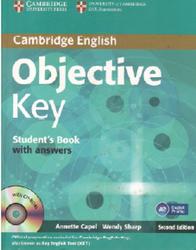 Teacher's Book with Teacher's Resources CD-ROM.
The Teacher’s Resources CD-ROM that accompanies the Teachers Book includes a selection of photocopiable resources: 12 progress tests, wordlists with and without definitions; and a list of Bl phrasal verbs for review purposes, taken from the English Vocabulary Profile. 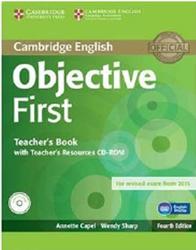 Objective First Fourth Edition is official preparation for the revised Cambridge English: First exam, also known as First Certificate in English (FCE). It has been fully updated in line with the revised exam.
The Workbook with answers with Audio CD provides opportunities for further practice of new language and skills either at home or in the classroom. It includes an exam-style listening exercise every other unit. 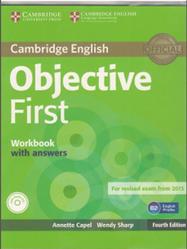 Objective First has been informed by the English Vocabulary Profile, which guarantees suitable treatment of words, phrases and phrasal verbs at B2 level. The English Vocabulary Profile is an online resource with detailed and up-to-date information about the words, phrases, phrasal verbs and idioms that learners of English know at each of the six levels of the Common European Framework - A1 to C2. The authors have used this rich and reliable resource to select vocabulary that is relevant to the B2 level. The course deals systematically with areas of vocabulary development that are important for the Cambridge English: First examination: topic vocabulary, common words with several meanings, phrases and collocations, phrasal verbs and word families. 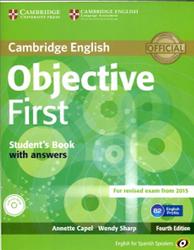 Фрагмент из книги:
American teenager Emily Hagins showed a strong interest in films and film-making at a young age, and often happily sat through some movies several times at her local movie theatre in Austin, Texas. She once wrote a letter to Peter Jackson, the director of her favourite series of films The Lord of the Rings. In his reply, he suggested a useful contact for Emily, who she later got in touch with. Emily started by producing several short films and a documentary.
Her father was helpful early on, having spent time with directors on film sets due to his job in advertising. However, although he guided her through what needed to be done, he made sure he left all the i directing up to Emily. 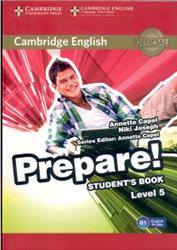