Фрагмент из книги:
MARK BEZOS got a Bachelor of Science (BSc) degree in advertising and public relations from Texas Christian University in 1992. After he completed his studies, he took a job in an advertising company. He moved through several companies, became an account manager, and finally a vice president at Renegade, LLC, a New York-based social media and marketing agency. In 1999,
Bezos and his business partner David Nathanson started the Bezos Nathanson Marketing Group. Seven years later, they sold the business to a larger advertising company - EastWest Creative - and Bezos joined Robin Hood, a poverty-fighting charity in New York City, as the Senior Vice President of Development, Communications and Events - a role in which he felt excited to have found a way to use his sales skills to do good. In 2012, Bezos became a volunteer captain in the Scarsdale Volunteer Fire Company in Westchester County, New York, where he lives with his wife and four children. 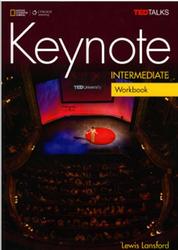